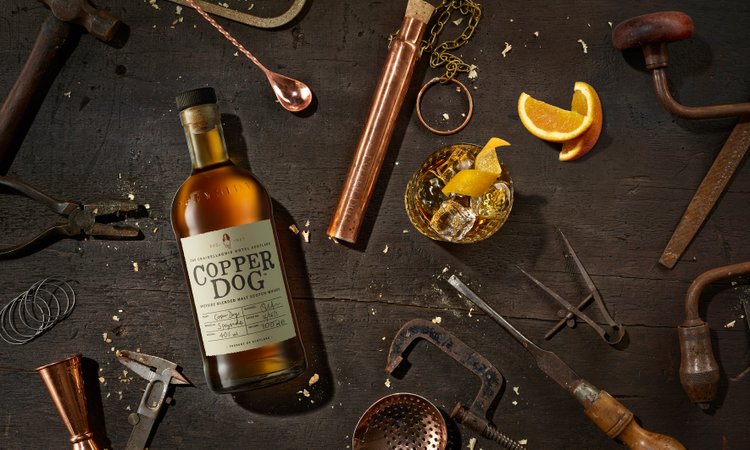 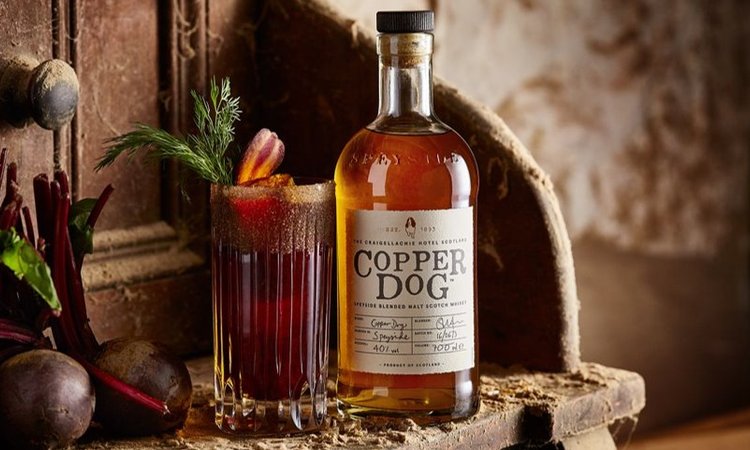 Copper Dog Whisky, a golden liquid that encompasses the brazen ideas of Speyside launches in India with an aim to revolutionize the consumption of single malts in the new year. Made with the purest blend of the eight single malt whiskies that rascals could imagine, this unadulterated drinking pleasure from Diageo India is here to capture real conversations in 2021.

Born out of the warm and mischievous atmosphere of the Copper Dog pub in the Craigellachie Hotel, Speyside, the liquid is a creation of a group of collaborators, connected by the original instigator Piers Adams, an entrepreneur and founder of some of the world’s most influential bars and clubs, including London’s Mahiki and Whisky Mist. Together, they got on to create a whisky that is rouge, inclusive, real and rascally.

Commenting on the launch, Abhishek Shahabadi, VP and Portfolio Head, Premium & Luxury Brands at ‎Diageo India said, “We are happy to introduce Copper Dog in India, as a valuable new addition to our portfolio which is one of the finest blended malts scotch whisky, created in Scotland. It is a young liquid that exudes its own rugged style and perfectly personifies the kind of innovation we want to create for the new-age times. We are positive that the liquid will justify an experience for consumers that prefer to bend the rules with whisky’’

Weathered by the tales of the rascals, this imperfect charm of a liquid is a unique blend of no fewer than eight single malt whiskies (including Knockando, Rose Isle and Inchgower), slowly marred together in old oak casks. The liquid possesses caramelised sugars, soft fruits and a gentle wood presence with a creamy finish that enhances the subtle, distant spices of the liquid. An integration of ripe orchard fruits (apples and pears), berries and a hint of citrus, layered above a background of sweet wood and creamy vanilla fudge, it contains a palate that has a rich creamy mouthfeel that can be mixed in any way you please, however it should be preferred straight up or in a cocktail over the bar table.

The liquid has attained a global ranking as it was awarded Double Gold at the San Francisco World Spirits Competition 2020. This prestigious ranking is awarded to those who receive a gold medal rating by all members of the judging panel.

In 1707, the British crown drove whisky production underground and Scotland became a hot - bed of spirit smuggling. Renowned for its remote Highland location, Speyside was smuggler’s paradise with stills and bothies hidden in every nook and cranny. Whisky was heavily taxed - landowners were getting rich and ordinary people were suffering. Only in 1823 did the House of Lords manage to get the industry back under control. But whilst the law eventually won and whisky became big business, there were still strands of rebellion.. THE WORKERS.

Raised in a century old tradition of making one’s own, they blended from wherever they could, from different casks and different distilleries using all kinds of mechanisms to get their own blends home. But the most celebrated tales were around a device called the ‘Copper Dog’. These were bits of copper tubing with a penny soldered to one end and a cork in the other. They hid these copper dogs down their trouser legs and in their belts.

The idea for Copper Dog was born at the Craigellachie hotel, located in the heart of Speyside whisky country. Built in 1893, the hotel pub was a place frequented by local distillery workers and highland travellers who used to share their tales, including those about their copper dogs and smuggling. In 2014, Piers Adam bought the hotel and inspired by these stories, he named the hotel pub the Copper Dog and instigated the creation of a whisky of the same name.

The small inn-style hotel strives to represent everything that is great about Speyside – great food, great beverages and great hospitality.