Diageo has been named Britain’s Most Admired Company 2018 by Management Today. This is the fourth time Diageo has won the accolade, since the ranking was first established in 1990. 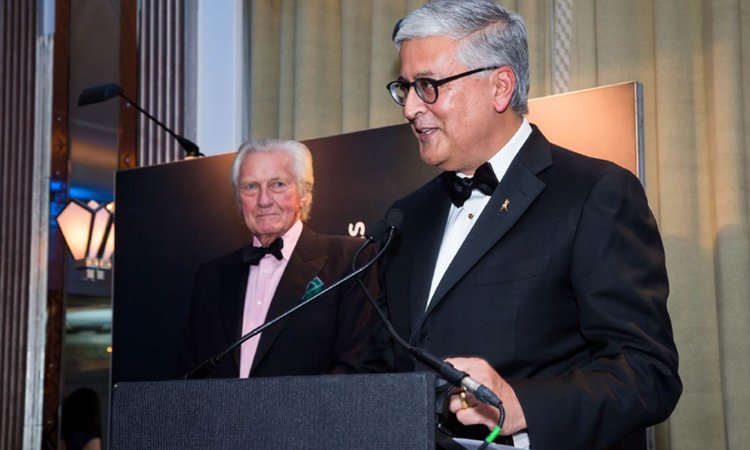 The news was revealed last night at a ceremony in central London, where Ivan Menezes, Chief Executive and Mairead Nayager, Chief Human Resources Officer accepted the award on behalf of Diageo.

Commenting on the award, our CEO Ivan Menezes said: "This award is recognition of the hard work and dedication of our 30,000 colleagues around the world who are all making Diageo a stronger, better performing company. We are focused on delivering consistent performance, while bringing our purpose to life at work and in our communities; by creating a positive role for alcohol in society and through our work on inclusion, diversity, skills and empowerment. While we have a lot more to do, we’re proud to be building a company for the long-term and intend to fly the flag for great British exports on the global stage for decades to come."

In addition to being named Britain’s Most Admired Company, Diageo has also been named amongst the 50 Best Places to Work UK by Glassdoor. Diageo is the only food and beverages company and only FMCG to make the list, which has been published today.

Commenting on Diageo’s ranking in the Glassdoor’s Best Places to Work UK, Joan Hodgins, Europe HR Director said: “I am delighted that Diageo has been named as one of Glassdoor’s Best Places to Work in the UK. We know that the success of our business depends on the contribution of our people. We are firmly committed to creating an environment where all our employees feel included, valued and able to perform at their best and today’s announcement is recognition of the progress we have made as a company to achieve this.”

About Britain’s Most Admired Company

Britain’s Most Admired Company (BMAC) is compiled by asking Britain’s largest companies and leading employers across 24 sectors to peer review each other against 12 criteria. The research is carried out by third part organisation. To view the entire list, please visit: https://www.managementtoday.co.uk/bmac